Inspired by early Jazz artists, Valerie grew up swooning along with her radio and turntable. She cultivated her silky-smooth vocals with her college Jazz Band in San Antonio, TX. 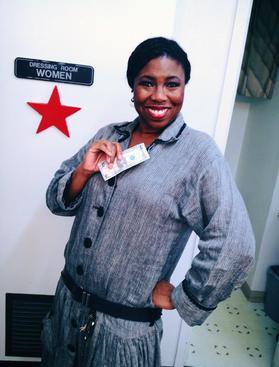 songs from the heart

A native Texan who is an only child  in a single parent home, Valerie grew up as a shy super sensitive girl whose mother was a powerhouse within her community. Valerie watched her mother make a huge impact on those around her and Valerie wanted to start making a name for herself. Being shy by nature, Valerie began taking modeling lessons by the gentle nudging of her mother and family friend Estine Davis. This was a tremendous turning point in her life. Valerie later fell in love with runway modeling and was honored to model with the great fashion designer Bob Mackey. Singing was never in the forefront in Valerie's life until she entered college at St. Mary's University where she auditioned to be the lead vocalist for the university jazz band to help pay for her tuition. From that point on, she was bitten by the jazz bug.  Receiving her Bachelors in Political Science at the age of 21, she moved out to California to be near her father’s side of the family and entered various talent shows to get her feet wet and she met wonderful people along the way.  Valerie has experienced so much over the past 25 years.  Opening act for Redd Foxx in Las Vegas, regular singer of the National Anthem for the Los Angeles Lakers, a singer with Ray Charles (Raelette) for one International Tour and a Screen Actors Guild Member since 1989 just to name a few of her accomplishments.

To view a complete resume, please click  the button below

Want MzVal to let her soul glow at your venue or next event?